Established in 2005, Meezaan Organization for Human Rights (MOHR) works towards defending and promoting the human rights of the Palestinians; both Palestinian citizens of Israel and Palestinians in the West Bank and the Gaza Strip. The Palestinian citizens of Israel make up about 20% of Israel’s population, and they suffer from a systematic discrimination and unjust legal and policy practices, particularly land dispossession and house demolitions, as well as budget and resources allocations. Further, they suffer from political persecution and restrictions on free speech. MOHR seeks to investigate, defend, promote, and enhance the status of civil, political, social, economic, and cultural rights among the Palestinian citizens of Israel. Similarly, the Palestinians in the West Bank and Gaza are subject to constant human rights violations and restrictions. MOHR seeks to provide legal services in emergency situations in the West Bank and Gaza, particularly to institutions that seek to provide humanitarian assistance. Due to the unique circumstances of Jerusalem and Jerusalemites, they experience particular human rights challenges and violations. MOHR, thus, dedicates particular attention to defend religious and worship freedom, access to religious sites, and political freedom in Jerusalem. Additionally, MOHR combats criminal impunity of Israeli police and security forces involved in killing or injuring Palestinians. MOHR believes in the role of NGOs in bringing about social change, and thus work closely and in partnerships with them, by providing legal services and consultation to a number of NGOs. MOHR strives for the fulfillment of just and equal rights for all Palestinians in the face of Israeli discriminatory practices and gross human rights violations. MOHR strives to the global promotion of human rights and social justice values. MOHR is an advocacy and lobbying organization that seeks to defend human rights through a number of strategies, including litigation, documentation, publication, and training in order to defend the status and conditions of human rights, and to influence public opinion and policy. Working for equality and justice for Palestinians, and more broadly for defending, promoting, and enhancing the status of civil, political, social, economic, and cultural rights globally, MOHR utilizes a number of strategies and actions, including:

Among our recent activities:

MOHR had a three-year core work plan for the years 2014-2016, with the option of adapting and adding new projects if the human rights situation necessitates such adaptation. Here is a short list of some of recent projects and activities: Criminal Accountability: In light of the increase in Palestinian killing by Israeli police and security forces, on the one hand, and the impunity that they enjoy on the other, MOHR embarked in this project since 2013 to document such violations and combat impunity. MOHR works exclusively and jointly on eight death cases. In two of these cases MOHR brought appeals and petitions against the decision of the Ministry of Justice not to press any charges against the perpetrators.
·         Since November 2014, MOHR has been working in partnership with “Adalah: The Legal Center for Arab Minority Rights in Israel,” on the case of Khir Eldin Hamdan, who was killed on 8 November 2014 by an Israeli police unit in Kofr Kana in Israel. MOHR and Adalah, together with the family of Hamdan, had worked domestically before the Israel Ministry of Justice calling to investigate the incident and to prosecute the perpetrators. Internationally, MOHR had submitted on behalf of the family and Adalah, a joint individual complaint to Mr. Christof Heyns, United Nations Special Rapporteur on Extrajudicial, Summary or Arbitrary Executions; and to Ms. Rita Izsák, United Nations Special Rapporteur on Minority Issues. In addition, MOHR, Adalah, The American Civil Liberties Union (ACLU), and Black Lives Matter Had organized and held a side event during the 28th session of the Human Rights Council on 18 March 2015. The event discussed the global experience of police violence against marginalized communities and the impunity the perpetrators usually enjoy. MOHR is working now on filing additional complaint on behalf of two other Palestinians who were killed by the Israeli Police after the killing of Hamdan (Sami al-Ja’ar and Sami al-Zayadneh from the town of Rahat in the Negev). MOHR is collecting evidence and conducting interviews to investigate both incidents.
·         On 7 November 2014, MOHR held its Meezaan Friends’ Annual Conference focusing on the International Criminal Court and criminal accountability. The conference focused on the jurisdictional implications of the request of the Palestinian Authority to join the Rome Statute. More than two hundred people attended the conference. More activities of Meezaan are part of its three-year plan for consolidating the civil society sector by supporting and defending the right of assembly and association. Meezaan provided legal consultation to associations that are being founded or those that were ordered to shut down by the Israeli government. MOHR works also on skills’ training and knowledge dissemination. On 19 May 2014 MOHR held in partnership with the Israel Bar Association a workshop on arbitration. On 31 May 2015, MOHR held its second annual Meezaan Friends’ Conference on racism. The conference focused on Israeli discrimination and racist practices on three main human rights areas, namely: Media, land allocation and zoning, and social affairs benefits.
·         The Negev Project: MOHR had represented tens of those who were arrested during demonstrations and protests against house demolitions and against the Israeli plan to re-settle and concentrate the Bedouin communities by displacing them from their current villages (The Prawer Plan). MOHR provided legal services to tens of houses that face demolition orders. Finally, MOHR is currently writing a legal memorandum on indigenous native title and the Negev land claims, in a comparative approach with Australia and Canada (expected publication December 2015). –
·         Public Petitions: MOHR was involved in about 10 legal representation cases, including two major public petitions on transparency in appointing and promoting teachers and a petition concerning social security.

Our previous projects and publications:

MOHR has a decade-long experience in advocating for human rights and justice, with special focus on prisoners’ rights, criminal justice, and the right to freedom of peaceful assembly. MOHR had litigated about a hundred impact-litigation cases and engaged in legal intervention in hundreds of cases and issues including on education, housing, employment, women rights, free speech and assembly rights. MOHR had published a dozen reports on a wide range of rights in different languages (Arabic, Hebrew, English), and held a dozen conferences, and tens of lectures, all with the objective of defending and promoting human rights and justice.
MOHR had documented cases and brought a number of petitions on crime prevention and criminal justice, and has been working on social justice cases particularly in the Negev. In addition, MOHR focuses the rights of political prisoners and on torture and degrading treatment cases by Israel’s General Security Service (GSS) during interrogations. MOHR had published three reports on this issue:
1. Hosted by the GSS: Security Interrogations between Law and Reality (2009);
2. Behind Bars: Palestinian Prisoners’ Human Rights’ Violations (2009);
3. Requested for Interrogation: The GSS at Police Stations (2010).
MOHR had represented dozens of prisoners and provided legal consultation to dozen political activists who are constantly persecuted by the security and police forces.
MOHR focuses also on laws and Bills that discriminate based on ethnicity, religion, sex, or other grounds. MOHR had compiled a list of such laws and bills since 2005, and is authoring a book on this matter. Further, on 31 May 2015, MOHR held its second Meezaan’s Friends Annual Conference on Racism.
In the United Nations, MOHR had the opportunity to take part in a number of events and to make particular contributions, including: – Participation in the Human Rights Council’s session on sending a fact finding mission to Gaza in 2009. – Participation in a side event in the Human Rights Council, on war crimes together with the International Coalition against War Criminals, 2013. – Submission of a joint individual complaint to Mr. Christof Heyns, United Nations Special Rapporteur on Extrajudicial, Summary or Arbitrary Executions; and to Ms. Rita Izsák, United Nations Special Rapporteur on Minority Issues. Co-submitted with, and on behalf of, Adalah: The Legal Center for Arab Minority Rights in Israel. Submitted 4 February 2015. – Co-organization with Adalah, The American Civil Liberties Union (ACLU), and Black Lives Matter a side event during the 28th session of the Human Rights Council on the question of police violence against marginalized groups. (18 March 2015).

The goals we are working towards

Documenting violations in the field of rights and freedoms 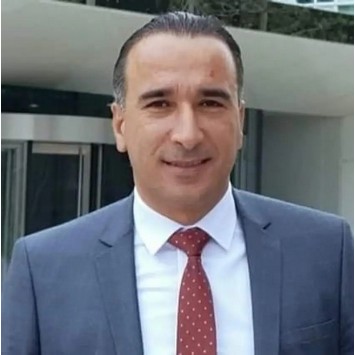 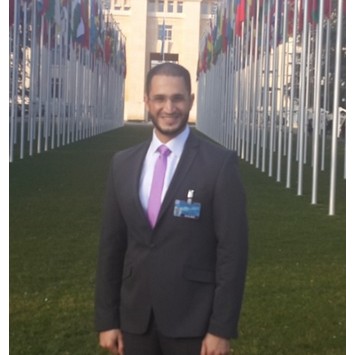 President of Mizan Foundation for Human Rights since 2014 Graduated from the Faculty of Law in Netanya in 2001 He started his legal profession in 2002 and joined the Mizan family in 2014. 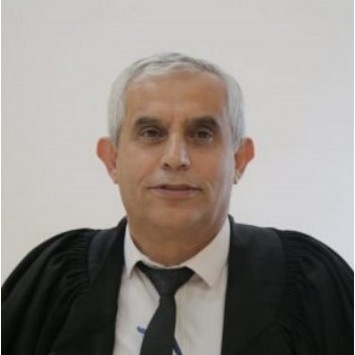 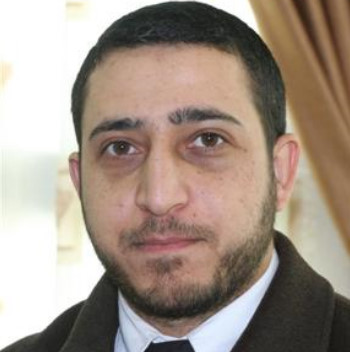 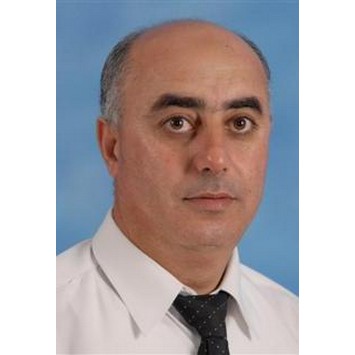 Member of the administrative board of Mezzan Corporation since 2005 He graduated from the Faculty of Law of the University of Camerinoa, Italy. He holds a bachelor's degree in forensic sciences from Umm al-Fahm College He has been working in the legal profession since 1998 and has many human rights articles and is an active member of the Sharia Courts Committee of the Bar Association 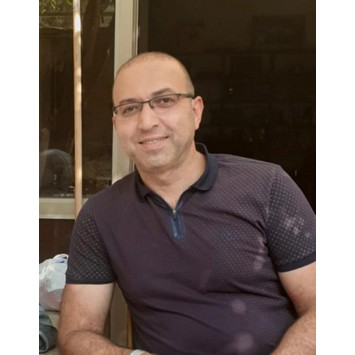 Member of the administrative board of Mizan Foundation since its inception in 2001 Graduated from Parma University in Italy with a law degree in 1997 He started his legal career in 1998 In 2001, he opened his own office and began his long career in law and worked in several fields, the most important of which are the civil and criminal fields 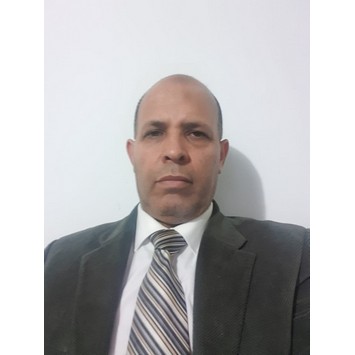 Member of the administrative board of Mizan Foundation since its inception in 2001 He graduated from Macerata University in Italy with a law subject in 1998 and holds a notary license and practices his professional work in his office in Jerusalem Through Al-Mizan Foundation, he fought, individually and collectively, on many human rights issues, and worked to force the police to adopt judicial amendments, the most important of which was allowing the lawyer to provide legal advice to his client before the investigation 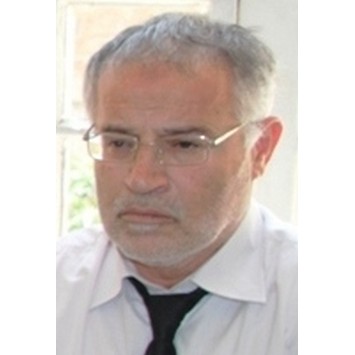 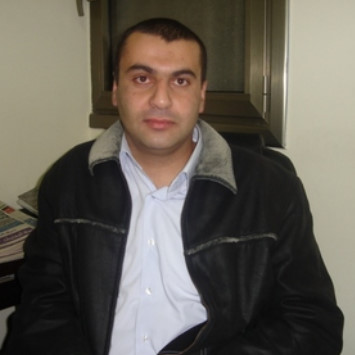 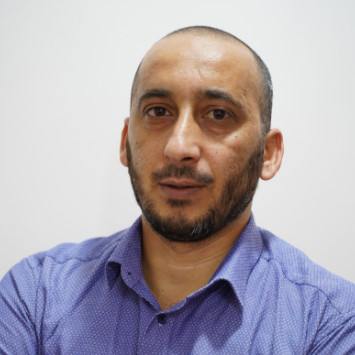 He recently joined the staff of the Mizan Foundation, as an official who follows up on the media and public relations file, and prepares reports, bulletins, and documentary and research publications on the files and public issues that "Mizan" pursues. A writer and journalist, he holds a BA in Social Sciences and Humanities from the Open University and a MA in Political Science from Haifa University.